The Future of Marketing

The future of marketing in the West is going to be heavily influenced by Asia, and by China in particular. There are a few different marketing trends which are clearly influencing Western platforms, which originate from a uniquely Chinese model.

China came to the internet by mobile. Throughout the late 1990s and early 2000s low broadband adoption, expensive hardware, and regulation made it hard for most of the Chinese population to access the internet. In 2008, when the majority of the UK and USA were already online, fewer than one in five people in China were. But the rollout of 3G and cheap phones connected hundreds of millions of new users. Today, three-fifths of the country (829 million people) are online—and 99.1% of those use their phones to access the internet.

Bypassing the desktop legacy, and without access to Western internet services, Chinese developers began to build all-new products and innovate for a society of smartphone owners. This meant new ways to shop, communicate, engage and purchase; often with a number of services combined into one app.

'Smartphones are inherently social devices. Social [is] a big part of the Chinese internet. If you want to do well as an internet company today, you need to be strong on the social aspect' — Shaun Rein, China Market Research Group

A popular model in Chinese apps is Social+, a mixture of social media, entertainment, and shopping. Social+ means commerce apps have a social layer, social apps have a commerce layer, and apps that you might not expect to have either commerce or social have both. Social+ is best exemplified by Pinduoduo, the master of social retail, which integrates tightly with social and messaging apps like WeChat and QQ to offer group-buying discounts. But Social+ goes beyond ecommerce.
A Social+ podcast or audiobook app, like Ximalaya, might provide free content with an upgrade to hear more unlocked by listening habits or payments. It might allow listeners to tip the author with digital gifts or tokens. There could be an in-app comment section allowing for users to engage and discuss the content.

Social+ apps aren’t just about consumption, they also allow for participation. Tencent Music lets users create their own live radio stations where listeners can send likes, comments, or digital gifts, and buy tracks. Leaderboards show the most generous buyers. In karaoke live-streaming app WeSing, listeners can tip the singer, or even be invited into the ‘booth’ to sing their own songs—and make some money.

Creators in Social+ apps generally keep around 30% of the revenue. Chinese apps, without reliance on advertising, make more money from their users; but Chinese users can also make money from apps.

Historically, high levels of fraud means that there is a lack of trust amongst Chinese consumers, so recommendations from friends or key opinion leaders (KOLs, or ‘influencers’) are highly valued. The slang term for this system of selling by recommending is Zhong Cao (种草), or to “plant grass”; coming from the term to plant a seed in someone’s mind.

The app that embodies the Zhong Cao spirit is Xiaohongshu, or “Little Red Book”. Originally a Pinterest-like social network, its seamless integration of content and commerce has seen it grow into a Social+ success story. Xiaohongshu lets users filter content by topic or distance, and they can follow KOLs,  including celebrities such as Angelababy and Fan Bingbing, across the fashion, food, travel and beauty industries.

Zhong Cao is increasingly done through live video streams, where viewers can communicate directly with the seller before buying. The ubiquitous ‘super-app’ WeChat launched live-streaming for businesses earlier in 2019, joining many smaller rivals including Momo, Kwai, Hujiao, YY, Yizhibo, and Inke. Xiaohongshu is trialling its live-streaming feature now.

The live-streaming champion is Taobao, the giant consumer-to-consumer marketplace owned by Alibaba. Taobao launched its live-streaming feature a few years ago, and last year saw 84 stores make £6 million or more in sales through streams, with 23 stores making over £12 million. Taobao estimates that 500 billion live-stream transactions will take place in the next three years.

Most of the Chinese internet services that have made it to the West are transactional; Alibaba’s AliExpress has a small presence in countries where Amazon has none. WePay and Alipay cater largely to Chinese students and tourists. WeChat as a social app is also largely used by expats. TikTok, owned by Bytedance, is the first Chinese social or entertainment app to make any waves outside China, but it’s quite lacking in Social+ features compared to the home market version, Douyin. TikTok, like most Western social apps, makes the largest share of its revenue from advertising or sponsorship.

But the influences of Social+ and Zhong Cao are beginning to trickle through to Western apps. Here, the old and not entirely unfair image of China as a copycat is reversed. Pinterest, YouTube, and even Google Images are adding commerce layers to their visual search tools, converting inspiration into fulfilment. YouTube and Facebook Live are adding more tools to give revenue to creators, including revenue shares from subscriptions and digital gifts like stickers. Amazon Live was frequently compared to QVC when it launched earlier in 2019, but it’s much more similar to Taobao’s live-streaming shopping. A startup called Dote offers live-streamed shopping parties.

The best example of where this influence can be felt is Instagram. Businesses can now sell directly through their posts/stories. Brands and influencers can live-stream and engage with viewing customers. Creators can make money through subscriptions, selling merchandise, and promoting branded content/products. The launch of Checkout, the in-platform fulfilment process, earlier in 2019 completes the platform’s transformation from image sharing to Social+ with Zhong Cao. Instagram is the closest to a Western equivalent of Chinese Social+ apps like Xiaohongshu and Pinduoduo.

Having an online presence in China is at the discretion of the government. Xiaohongshu was recently closed temporarily by the government, due to unregulated content featuring counterfeit or poor quality goods. The famous ‘Great Firewall of China’ uses technical blocks to censor internet access, but as every internet user’s cell phone number and online activity is assigned a unique ID number tied to their real name, self-censorship also plays a part; however, most people are already resigned to their lack of privacy from the government and businesses.

There’s been much conversation lately about China introducing a ‘social credit’ system, such as the Supreme Court system which punishes people who default on its judgements with penalties including being barred from taking flights. But commercial social credit systems, such as Sesame and Tencent Credit, which reward rather than punish, are very popular. In a recent survey, 80% of people said they approved of commercial social credit.

The biggest question about the Western apps copying Chinese models is: can the models work here? The question is less about technology than it is culture or society; perhaps ‘Social+’ only works where there’s no reasonable expectation of privacy, where censorship maintains civility, and where trust is enforced. The next few years should give us the answer. 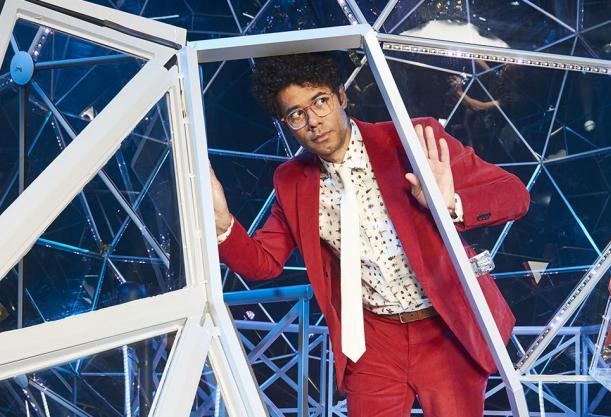 The black hole of online video