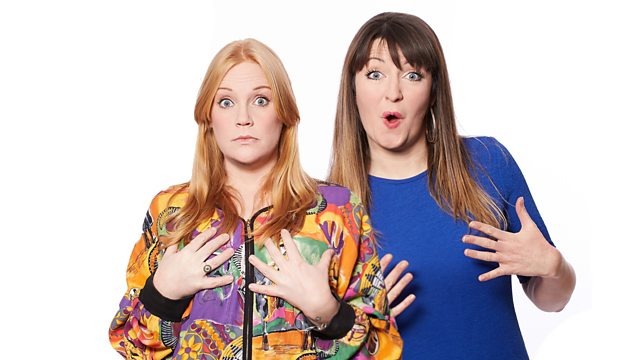 The Naked Podcast: Two friends. One guest. No clothes. Candid conversations with fearless females.
The thought of stripping down to your birthday suit in the presence of a colleague – even one you get along with well – is enough to strike terror into the hearts of most people.
Yet, despite their apprehension, that’s exactly what Yorkshire best mates Jenny Eells and Kat Harbourne did and hosted the BBC’s most revealing podcast, where they quite literally bare all.
They had the idea because so many women they met as journalists, and friends, were talking quite negatively about themselves and chat would inevitably turn to dieting. They thought: ‘Why are so many amazing people talking about themselves in that way?’”
The broadcasting duo got to work, with the additional mission of finding out whether nudity equals honesty.
“I guess we wanted to see if, without clothing, do people literally reveal all? Do people speak more openly?
The multi-award-winning podcast will have you laughing, crying and embracing the skin you’re in. Guests have included broadcaster Stephanie Hirst who talks movingly about her gender reassignment surgery; Reverend Kate Bottley who reveals she had her bum pinched whilst conducting a funeral and lead singer of the band Reverend and the Makers who admitted to having an eating disorder as a teenager. Interviewees have spoken about motherhood, disability, being a BDSM dominatrix; incontinence; sexuality, baby loss, amputation, cancer, racism, body hair and mental health.
Would YOU dare to bare?!

Meet hosts of The Naked Podcast

Ahead of our Brave Get Together this 4 November we caught up with two of our speakers, Kat and Jenny