And the answer is a definite maybe 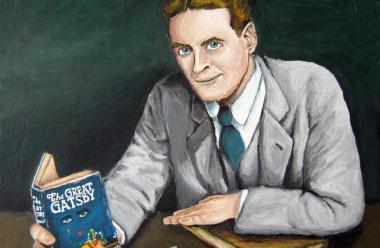 There is no one right answer.

Indeed if left is right, then right is wrong.

We are encouraged to think in binary mode – Yes or No, Black or White.

Unfortunately the world of marketing is shades of grey and all of the wonderful colours under the sun too!

In science discovery is built on the premise of exploring a single hypothesis which you test and test and if it still holds after all that testing, then it becomes a “law” - that is until someone breaks it!

In economics you are introduced to the concept of ‘ceteris paribus’ or ‘all other things being equal’ - which is great and makes modelling so much easier until you realise all those other things never remain equal. The world is a complex and inter-connected place where the beating of a butterfly’s wings in New Mexico could cause a hurricane in China, but then again it might a thunderstorm in Cape Town.

It’s time we understood that for lots of questions there is no one right answer, there are lots of right answers

Many people like rules and laws, even immutable ones, they provide order, structure and predictability. They make life easier.

Unfortunately in branding there just aren’t any. For every branding law there are exceptions, for every rule there are brands who successfully break them.

Take two car brands wanting to extend beyond their traditional space. The question for both was should they do it under their existing brand name. Both successfully extended but their answers were different. When Porsche wanted to move out of sports car they did so by extending under their existing masterbrand name but when Toyota wanted to extend into luxury cars they created a new brand. Two different successful answers to the same question.

What does this mean for marketers?
It means that you should be sceptical of rigid rules. There are so many situational factors that surround any brand, or any marketing challenge; the context, the historical situation, the competitive set, your target groups, social trends… it is just common sense that no one rule will apply to your brand in its particular circumstance. There may be a guideline or principle that can help your thinking but assuming it’s the equivalent of a scientific law is the wrong thing to do. (At least it probably is, I say trying to avoid claiming an absolute law about no laws!)

It means you could and should challenge any “rules” you are given. You may not end up breaking any of them – they may provide useful guidance - but the exploration of alternatives is nearly always valuable and the sources of many innovations and innovative practices comes from bending and breaking these so-called ‘laws’

It means you shouldn’t stop at your first good answer, you should continue to explore a number of alternatives. You need to be able to consider multiple hypotheses, you need to realise it may not be either/or but both/and. You may even have to accept that opposing answers can and do happen simultaneously.

As F. Scott Fitzgerald so aptly put it “The test of a first-rate intelligence is the ability to hold two opposed ideas in mind at the same time and still retain the ability to function.” It’s perhaps one reason why you hear people order a Supersize Big Mac meal but specifying that they want a Diet Coke

What this doesn’t mean is that there is no place for science in marketing. The rigour and discipline it brings can be invaluable. Analytics, modelling, segmentation are just a few of the important applications. They help to define guidelines and principles. Social sciences, whether its economics, social statistics, sociology, psychology or anthropology, have contributed to helping brands and their marketers better understand the drivers, beliefs and behaviours of their various and multiple target groups.