In the campaign, Burger King sponsors low ranked English football team Stevenage FC kit at normal prices (“around £50,000” estimates Mark Borkowski of Borkowski PR). They weren’t especially interested in the 3,000 fans who turn up to watch the matches. Instead this ensured they got their logo onto a team in the FIFA 20 video game which is played all around the world. They then created an online competition to encourage gamers to win the digital league using Stevenage FC as their team. In the end 25,000 goal videos were tweeted out, all with Burger King’s logo on it.

It’s a cunning approach but not necessarily new.

We’ve seen the approach before. You can see it in the way a flash mob dance can gain millions of online views. For example the Sound of Music | Central Station 2009 campaign for a Belgian TV show engaged perhaps 350 people in the real world, yet the resulting Youtube video has now been watched 35 million times.

Both Burger King and VTM put traditional media to work to serve a digital objective. Digital was not seen as just an on and off ramp to “real world” engagement, it was of equal importance.

This trend towards digital and traditional media buys swapping places is something that media expert Mat Morrison (@mediaczar) from Digital Whiskey describes as “the Integration Triangle” - a three way movement of audience between Real World activity, Traditional Media and Digital Media. Morrison argues that we should “use the relative strengths of each to compensate for the weaknesses of the other.” 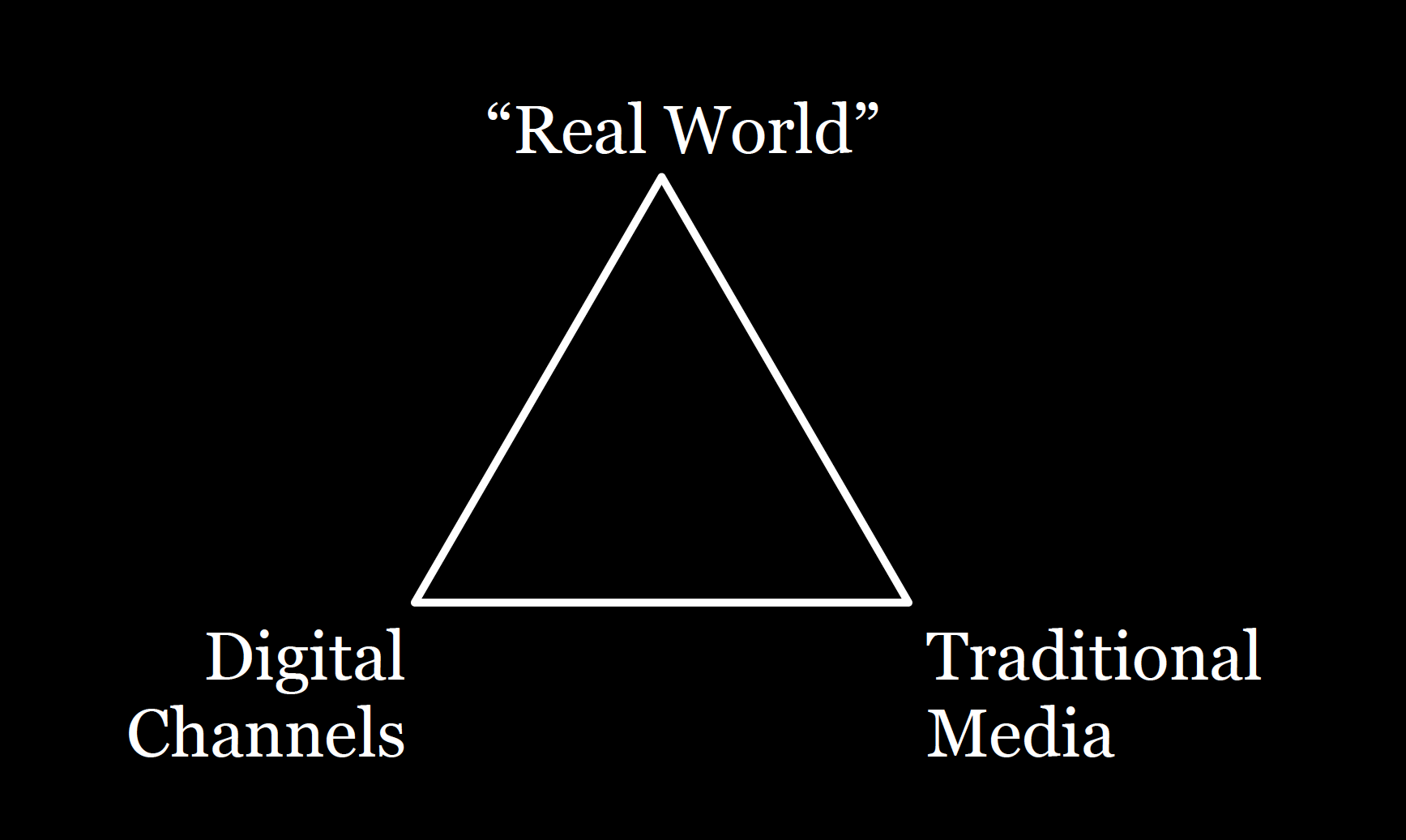 This is exactly what Burger King did with their guerilla campaign. They used a traditional media buy (shirt sponsorship) to drive real world activity (playing FIFA 20) that lit up the digital channels with tweets. They also got the added kudos of seeing digital versions of the world’s top footballers wearing their logo at a fraction of the normal cost. Burger King successfully blended the strengths of the different platforms - real world, traditional and digital - in a single campaign.

Fernando Machado global chief marketing officer at Restaurant Brands International, Burger King’s brand owner and the campaign sponsor, said “What went viral this week and at the end of last year was a big success for us.”  It is interesting that he included both the campaign and the meta-campaign video in his summary.

Indeed, Borkowski notes that while the original campaign video only got 20,000 views it was “Hats off to the PR spinners” who had repackaged the campaign into a success story reaching both Twitter whales such as Gary Lineker and media outlets like BBC Sport Stevenage: How Burger King sponsorship led to Fifa game popularity

So, for marketing directors on the hunt for similar opportunities, where should they look?

Morrison points to billboards as the quick win: “Billboards ALWAYS work” he says. Holy crap! I’m on a billboard  is a case in point which has received 89,000 upvotes online.  Past masters at using billboards are political lobbyist Led By Donkeys (below). A single billboard (e.g. Government incompetence costs lives) can be retweeted thousands of times garnering many more viewers than those who happen to walk or drive past the original. 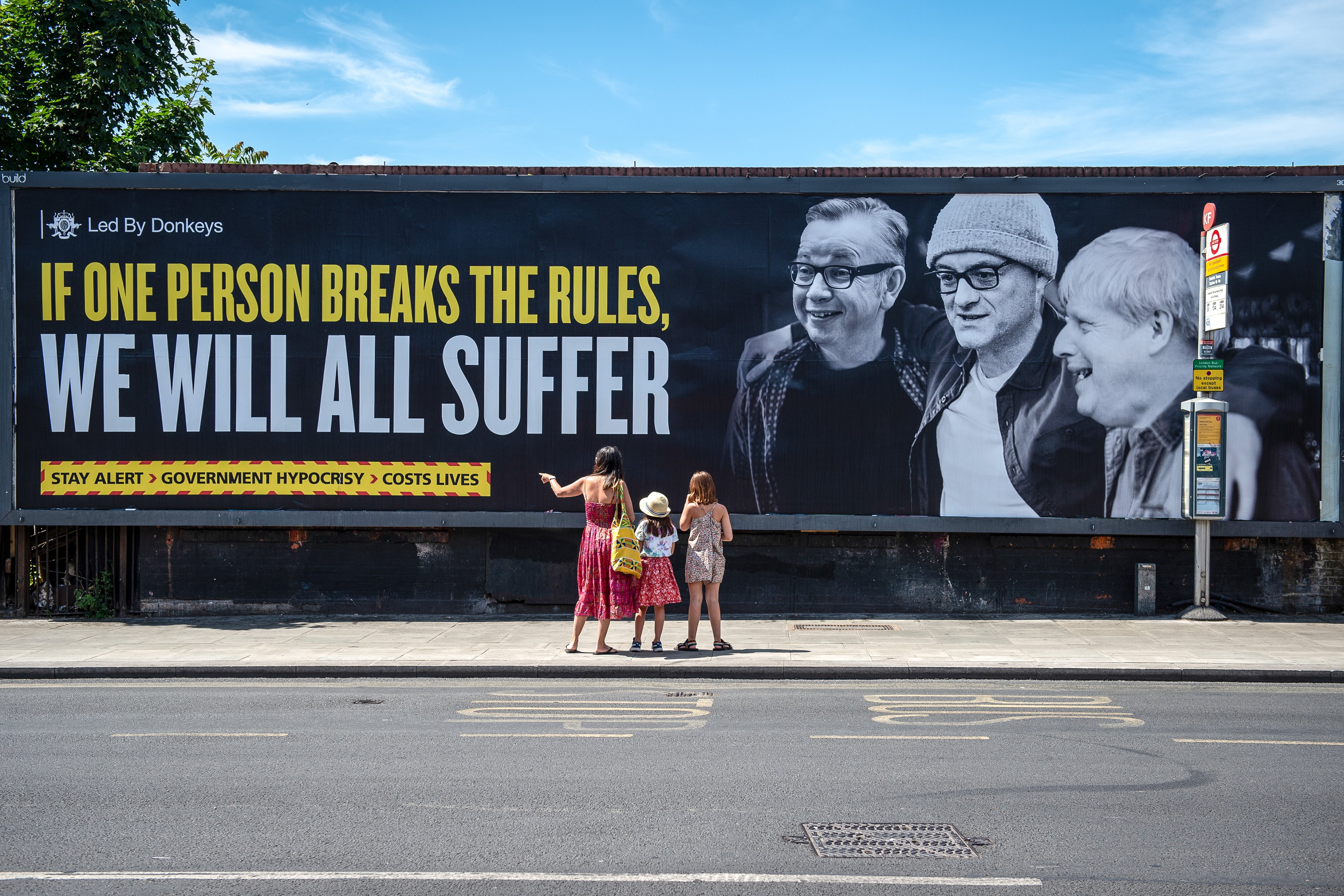 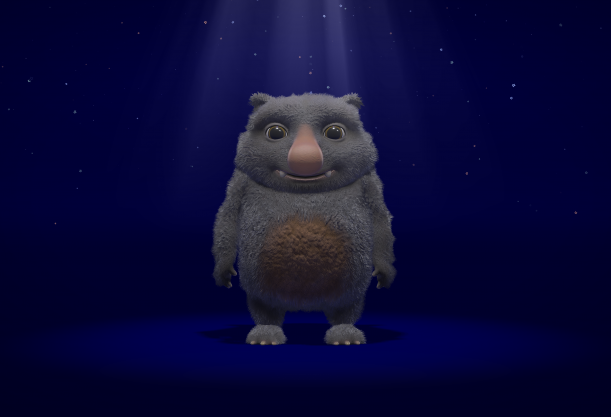 Inspired Us: Burger King and Christmas 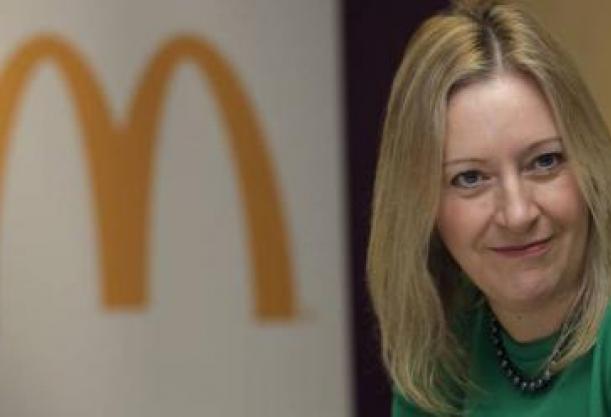